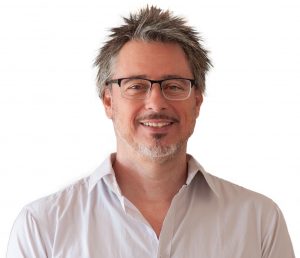 So you’re serious about giving up?  Congratulations!  This will be one of the best things you ever do for yourself.  So now, let me ask, how often have you tried to give up previously?   Tried the patches and the gum? Teeth-gritting willpower?  It can be a bit of a roller coaster, can’t it?   You battle through for a week, two, maybe a month, but then. . . 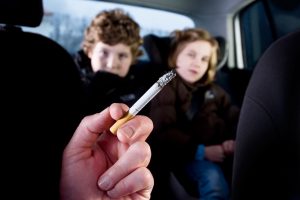 People stop smoking for all sorts of reasons. What’s yours?

And it’s not like you don’t know the health dangers, right? It’s just really, really difficult.  At QH Hypnotherapy located in the heart of The Sutherland Shire , we get it!
But here’s the thing – there’s an ocean of difference between someone who has stopped smoking and someone who is a non-smoker.

One is using their willpower to resist the temptation as much as, at the same time, a part of them is craving a cigarette. The other person couldn’t think of anything worse. Probably doesn’t even think about it, at all. And that second category is where you want to be.

Imagine, for a second, the dullest and most uninteresting TV show you can.  Got it?  Okay, that’s the same feeling you want towards smoking.  Total disinterest. And that’s why we’ve developed the Quit Smoking 1+2 program.

So, Don’t All Hypnotherapists Do The Same Thing?

No, no and no.  Reading off the same script to every smoker like its a magical incantation is inevitably going to have limited effect. People are different!   Their psychology is different.  And the truth is, people smoke for different reasons.

In fact, the very same person may smoke at different times of the day for different reasons. Why they smoke a cigarette when they first get up, to why they take a break from the office in the afternoon to light up, to sitting out on the balcony at night can all have different motivators. Different patterns. Different trigger points.

Frankly, helping you to quit smoking so you fill the void with another, equally damaging habit, is really not success, now is it?

“Hypnosis is the most effective way of

giving up smoking, according to  the largest

ever scientific comparison of ways of

breaking the habit. Willpower,  it turns out,

The 1 + 2 program is for those who are serious about giving up. We tailor a blend of Neuro Linguistic Psychology, Hypnotherapy and Strategic Psychotherapy to cover off everything.

First off we’ll teach you a couple of simple & amazing techniques that will knock out any craving  in a couple of minutes.  Amazing!  Then together we examine your patterns – ‘How’ you smoke:  What cognitive processes are going on? How do you physically smoke? Where? With whom?  What emotional attachments you may have linked to the smoking.  We bring to light the mechanics of the body processes and the mind processes, and then we start changing them, gently.

Quantum Hypnotherapy is one of the THE ONLY therapists in Sydney qualified in the UK “Stop Anyone Smoking” technique.

The program may only take one 3 hour session. (Don’t worry, it goes by super fast).  But, just in case there is more going on, such as a tight link to general anxiety intolerance, then we will work with that as well and we may recommend a session or two to do that before the actual smoking cessation session itself.   We tailor the program to you to make sure you have the best possibility of success. This way, you have every opportunity for not only quitting smoking for good, but neutralising any underlying patterns that may otherwise re-emerge to take on some other form of dependency, such as gambling and so forth.

WHAT ELSE DO YOU GET?

As well as the session, you’ll also receive 10 Follow-up Audios on USB to cement in the change and keep you moving forward easily and bed down the change. PLUS you will also walk out with a couple of simple techniques that you’ll be able to use to defuse any lingering trigger-craving in a matter of seconds.  PLUS 2 X FREE 1 hour follow-up sessions within 6 months  should you need them.  (Of course these are only for Quit Smoking and cannot be used for any other issue or by anyone else.)

So Am I Guaranteed to Quit Smoking?

It is illegal under Australian Law to offer a guarantee and consumers should be wary of any individual or company making such a claim.  If you are committed to giving up, you can be assured your QH therapist will give you their all to assist you in becoming a natural non-smoker.  Of course, you are always in control of your decisions.  If you decide to continue smoking no one is going to take that right away from you.  Hypnosis is not mind control, despite some of the TV shows.  We will give you all the tools to let go of the habit, easily and comfortably.  Ultimately, the decision will always be yours.

Our goal is to have you look back in a couple of months and find it bewildering that you found it so difficult to give up – that’s our aim, no butts about it.  So, as soon as you know you’re ready to give up smoking, you know the first step in stubbing out the habit for good is only a click away. .

Check out this research: Studies on the Effectiveness of Hypnosis for Smoking Cessation

A field study of 93 male and 93 female CMHC outpatients examined the facilitation of smoking cessation by using hypnosis. At 3-month follow-up, 86% of the men and 87% of the women reported continued abstinence from the use of tobacco using hypnosis. Performance by gender in a stop-smoking program combining hypnosis and aversion. Johnson DL, Karkut RT. Adkar Associates, Inc., Bloomington, Indiana. Psychol Rep. 1994 Oct;75(2):851-7. PMID: 7862796 [PubMed – indexed for MEDLINE]

Study of 71 smokers showed that after a two-year follow up, patients that quit with hypnosis were twice as likely to remain smoke-free than those who quit on their own. Guided health imagery for smoking cessation and long-term abstinence.Wynd, CA. Journal of Nursing Scholarship, 2005; 37:3, pages 245-250.

Hypnosis is the most effective way of giving up smoking, according to the largest ever scientific comparison of ways of breaking the habit. A meta-analysis, statistically combining results of more than 600 studies of 72,000 people from America and Europe to compare various methods of quitting. On average, hypnosis was over three times as effective as nicotine replacement methods and 15 times as effective as trying to quit alone. University of Iowa, Journal of Applied Psychology, How One in Five Give Up Smoking. October 1992. (Also New Scientist, October 10, 1992.) Studies on the Effectiveness of Hypnosis for Smoking Cessation. (2009, April 8). Retrieved from http://johnmongiovi.com

If you’re ready to take that next step now, your first appointment with a FREE first 20 minutes to decide if Strategic Hypnotherapy is for you, is only a click away.